With 2019 well and truly upon us, it’s time to welcome 2 new club members. This is the Phil and James story. As a club, we have many talented people amongst us, and I’m a firm believer that everyone has a story to tell.

Phil grew up in Manly and attended North Sydney Marist Boys. “I was mainly involved in Rugby league and later I moved into sailing”.

So why the change to sailing?

It was a simple choice, when you are small, league is not a sport to be involved in.

Why did you move to Wollongong?

I moved to the Illawarra in 1988 and married Wendy in 1989. It seemed the best place to live and we both love the beach.

After finishing your studies, where did you work?

Worked both publicly at Shellharbour hospital and privately in my own practice at City Physiotherapy for 15 years, Illawarra Sports Medicine Clinic for the last 10 years. I decided to move on and have recently started up Parle Physiotherapy at Giant Cycles Wollongong, situated inside Giant above the cafe. I also work in the Northern suburbs at Phytness Woonona.

After sailing, did you move into cycling?

No, I come from a background of competitive running with the Kembla Joggers (over 30 years). I competed in triathlons and duathlons from 2005-2015, and then into road cycling as injury began to curtail the competitive side of running. Cycle touring and bushwalking were passions in the 80’s with trips through Europe, Tasmania and NSW.

I just love competing, that’s why I keep doing it.

What would you class as your highlights in sport?

Highlights have included 11th place at the world duathlon championships in Edinburgh in 2010 and a 13th place at the sprint triathlon champs in Auckland in 2012. Recently I completed the Haute Route 7 day race from Geneva to Venice in 2016, placing 15th in my age group. I also achieved 4th place in the time trial up the Stelvio.

This year I was fortunate to be included in the criterium and team time trial 180+ team with Terry, Mark and Phil -hoping to snatch some medals in Ballarat in 2020. This year, Terry, Mark and I achieved a 2nd place in the Australian Team Criterium title in Ballarat. Next year we’ll have 4 riders for both races and will be a serious threat to our counterparts.

How did your first race go?

Not good. I was competing in my first triathlon in 1985 in Hobart. I nearly froze to death swimming and ended up pulling out of the event.

How does Physiotherapy fit in with cycling?

I have been fortunate to have a job which complements my lifestyle. I have worked in sports and musculoskeletal Physiotherapy for 30 years, and I have developed a passion in helping athletes with running and cycling injuries. My strengths are that I understand running and cycling, the training and the potential mistakes people make that leaves them vulnerable for injury. Shoulder injuries, except in the young athlete are predominantly age related and overuse injuries that surface, like running and cycling with unusual spikes in activity and when not used efficiently. Being active and fit has been part of my life, and what I enjoy most is problem solving and then assisting people to stay active and healthy and recover from their injuries.

At Giant I am sharing the rooms with James Thornton who is also a member of the ICC and an excellent Physiotherapist. We have similar and different skill sets but we are both keen to provide a service to the everyday cyclist. My aim is to provide a personalised service and devise a plan to solve the issue at hand.

For the cyclists –sometimes it’s about the bike, but often it is about the training and the cyclist. I recently completed the level 1 cycle Physio bike assessment course with specialist Sports Physiotherapist Paul Visentini in Melbourne. This course was not necessarily about performance, but more so using the science to assist the cyclist being comfortable and efficient on the bike, and thus minimising injury to the common areas such as your neck, back and knees. I hope to follow this up with a level 2 this year.

At Giant Wollongong, James and I can assess the rider on the bike, provide exercises and hands on therapy, and make that critical change to the mechanics of cycling if required.

We are both happy to be a member of the Illawarra Cycle Club family and look forward to racing with you this year and beyond.

Our next story is about James Thornton.

Tell us a little bit about James and how he got into Physiotherapy.

As I was nearing the end of my schooling, I always thought being a physio was a great career choice. I graduated in 1991 with distinction and have worked in both Australia and Canada.

How long have you worked in the Illawarra?

I have worked in Wollongong since 1997 mainly at IOH but also at Illawarra Sports Medicine Clinic. I’m now sharing a clinic with Phil P located upstairs at Giant Cycles.

Some people may know me from the days when I owned and ran Hangdog Indoor Climbing Gym here in Wollongong. Whilst I still love to have a climb, cycling has been my major sport for the past couple of decades.

When did you first start competitive sport?

I heard you use to ride the track!

I do like the track, exciting, and close riding. I competed in the master’s for several years and picked up a few medals at the state titles, mainly in team time trial and pursuit.

Have you raced on the road?

I prefer long distance riding to be honest. My longest ride in a day was 500kms with ICC club members Craig Paull and Rob Hernandez. Competed in the first Revolve 24-hour event (2018) as a solo rider and clocked up 440kms.

I have also ridden in several 24-hour events (couple of Scott 24s and Mont 24s) on the mountain bike.

Have you looked after any of our ICC members?

I have treated many of the ICC’s members over the years, the two most decorated cyclist I have worked with are the ICC’s own world champions Garry Mandy and Deb Coulls.

Over the years I have worked with several Olympic athlete’s here in the Illawarra, been a part of the Athletics NSW medical team providing physio support for state, national and world level athletic events.

If people need to get in touch with our physio’s, there details are; 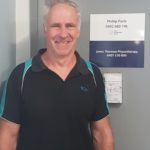 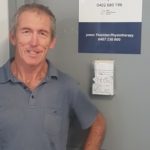 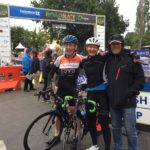 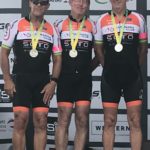 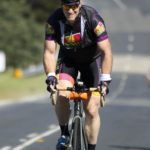 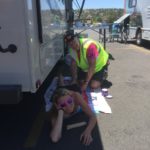 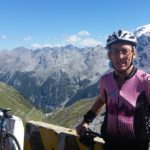 Posted on May 10, 2021 by icc
News
Hey there cycling community, are you keen for Mount Keira race #2?I thought so!
Read more

Posted on May 2, 2021 by icc
News
Illawarra cycle club returns to racing on the spectacular Mt Keira course…… On Saturday 10th April 2021, the ICC finally returned to road racing on our new course on Mt Keira.  The racing consisted of 4 grades, with the juniors and social riders testing the course prior to the commencement of racing.  On behalf of the committee, I would like to thank our Race Director Mario Sessini, Commissaire Geoff Gooley, and all our volunteers in making our first race such a huge success.
Read more